Digital product network “Shopping Digital” is combined of 57 digital screens, located in 3 popular shopping malls in Riga – “Domina Shopping”, “Riga Plaza” un “Akropole”. DOOH is of a growing interest for advertisers as it offers new and exiting ways to engage with their audience. The dynamic structure makes the message more appealing to the consumers, especially when displayed in the environment where people are interested in purchasing and ready to buy. Read more

Pillars represent the classical OOH format in the city. Strategically created advertising sites with a large number of locations allows to reach broad audience in the places with the largest people flow. Triangle form enables pillars to be viewed from 3 different sides, reaching the flow of pedestrians, car drivers, passengers and cyclists. Being large and effective, they attract audience 24 hours a day, 7 days a week! Read more

Step on the main stage! Digital wall FREEDOM offers great opportunity for brands to build their awareness and loyalty. Not only it’s remarkable format, but also the quality of the display makes it premium among OOH products. Placed on one of the main traffic roads in Riga, FREEDOM is highly visible and attracts attention, reaching a great number of contacts every day. Read more

Creativity drives attention! Try to do the unexpected and be creative beyond the traditional boundaries! Innovative solutions create more attention for your brand, and special effects combined with classic outdoor advertising strengthen the message. Reach out to our sales team for more information!   Read more 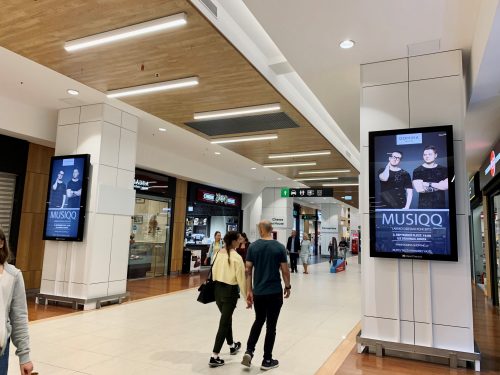 As of this week, The network of "Domina Shopping" (previously consisting of 13 DOOH screens) has been expanded by two large-format digital screens (75”). Both are placed on either side of a very prominent hall of the shopping centre; it is part of the route to a grocery store - possibly the most intense flow of visitors that can be observed at Domina. The visibility of an ad on both sides of a hallway increases the reach numbers, which - by the way - have risen in this network of DOOH screens by 12%, reaching 34% of the population of Riga. 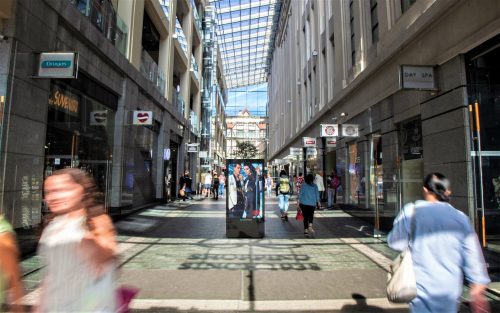 With 9 new large format (75 inches) digital screens we are proud to launch our enhanced "Shopping Digital" advertising network in the very centre of Riga town "Galerija Centrs". The exclusive placement of advertising screens in Rīdzene street, near escalators and in the main halls of the shopping mall we ensure our clients advertisement visibility to every visitor of this shopping mall. Advertisements in this network are easy to adjust to other "Shopping Digital" malls, offering fast and convenient online solutions.